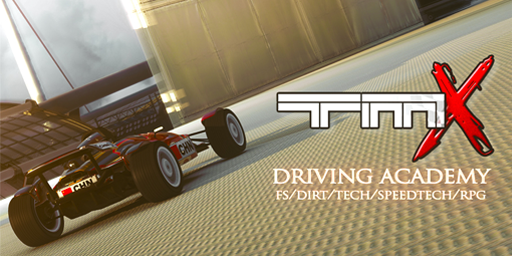 What is TMX Driving Academy?

TMX Driving Academy is a project in which the Trackmania community builds a track campaign for all the players who want to start and learn a track style on TM Forever games. It will be really useful for players starting out different styles of driving, and it is an opportunity for mappers to contribute something long lasting to Trackmania.

This project consists of 5 different levels like Nadeo's campaign which you can find in the TM Forever game. It will have 3 maps per difficulty, meaning that we will have 15 maps in one style all together and 75 different maps in this campaign.

So, this event is to celebrate the release of the maps and to introduce them, and of course to hunt them out.

You collect points by driving times on the servers. Local 1 will collect 75 points, and local 50 will collect 1 points. You can decide yourself if you wanna try to win just one style, or win the overall title. If two players has the same time, they will get equal amount of points.

The main contest will include all styles, and all servers. Your goal is to collect as many points as possible on all servers combined. The amount of points you collect on the servers will be added together, and the one who got the most, will end up as the winner.

There will also be a contest for each individual style. So if you like to drive tech, and just wanna do that, you can do so, and still win some coppers. However, we hope you check out the other styles, and give them a try. So there will be 5 side events winners. One for each style.

Thanks for your donations of coppers. We've collected 500 000 coppers for the winners, and the distribution is as following:

Winners in each different styles:

To get an overview about the donations we have received (and from whom), check the TMX thread of this event.

If you cut a map you'll get banned from the event. If you find a cut you can tell us, but not try to finish it on the server. The only exception where cutting is allowed is on the RPG server, since RPG is about finding paths. That's why alternative ways are allowed too.

Be kind to people who also are hunting on the server. If you don't you'll be kicked.