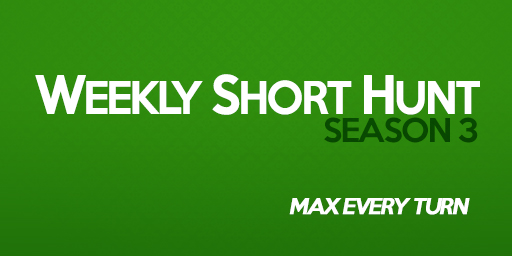 So the third edition of WSH comes to an end and I'm proud to say that's been the biggest season so far! The event has taken huge steps from last season! In general 150 players played each map in season 2, this season we had 300! The most played map was (no suprise) the first map with 430 people driving a time. I'm glad that this event gets better and bigger for each season and hope it will be even bigger in season 4.

In this season there was a new winner. Massa showed amazing times on all maps. His placements: 1-1-2-1-2 on the five maps. Just one word: amazing! For all of you that has followed WSH since its beginning knows that the second spot is only for one player, the one and only Wagentje. For the third time in three season he takes the second spot. The fight for the last place on the podium was a close battle into the last day of the event! But in the end it was Corey that took the third place! Congratz to all players on podium, and all that made it into the top 10.

After 3R.tards destroyed all others in the first teamevent in Season 3 there was many that expected them to defend their title from last season. But that was not the case. The new team pz showed what teamplay is all about. All players was hunting alot each week and where able to drive top 10 times. All players finished top 9 in the soloevent aswell! 3R.tardshad one teamchange from last season. Ragle was changed with Budd. Maybe they should listen to the saying ''Never change a winning team''? Pins and Needles took the third and last place on podium this season aswell as in Season 2. Fair to say that Geko is the MVP for that team with taking 331 of 412 points! Congratz to all teams on the podium!